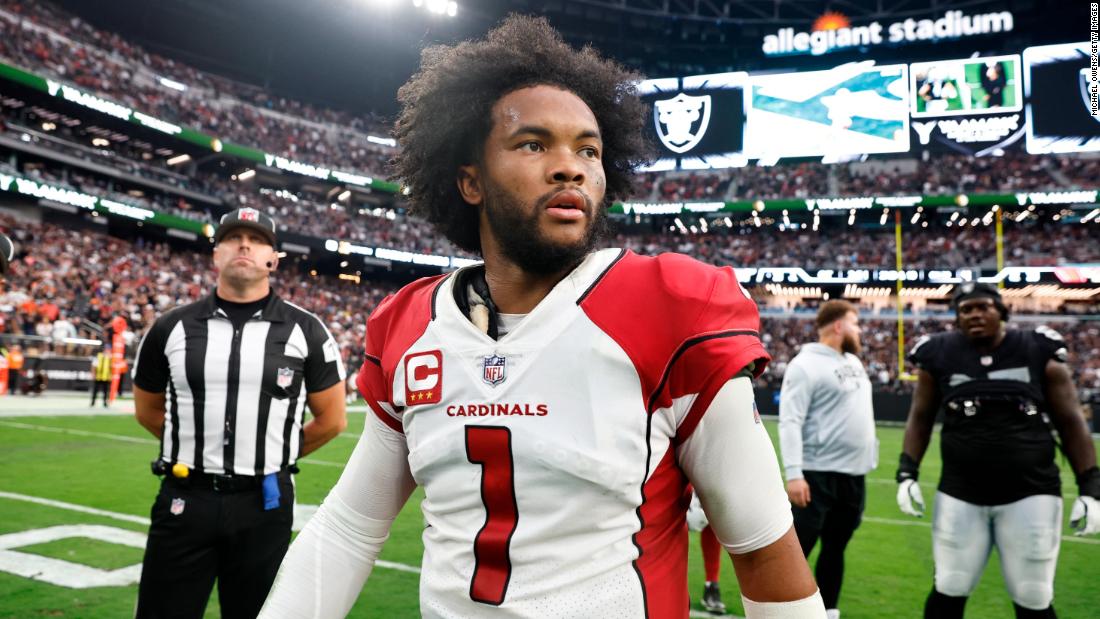 In the chaos following the Cardinals’ fumble return for a touchdown to win the game, video shot by CNN affiliate KPNX sports anchor Cameron Cox appears to show a spectator strike Arizona quarterback Kyler Murray in the head as Murray celebrated with onlookers in the stands.

Murray then appears to attempt to confront the man but is restrained by his teammates.

It is unclear whether the man intended to make contact with Murray in that manner, as it was a hectic scene in the endzone with many people reaching out to try to touch Murray.

Now police are looking into “a battery call alleging a spectator at the stadium struck a professional football player,” a spokesperson for Las Vegas police told CNN.

A crime report has been conducted and an investigation is underway. The suspect has not been identified, according to police.

CNN has reached out to the Cardinals and the Raiders.

Murray is in his fourth season in the NFL . He’s been voted to the Pro Bowl in the past two seasons and was named NFL Offensive Rookie of the Year in 2019.

He has developed into one of the most dynamic quarterbacks in the league. In his three seasons in the NFL, he’s thrown for 11,480 yards and 70 touchdowns as well as running for 1,786 yards and 20 touchdowns.