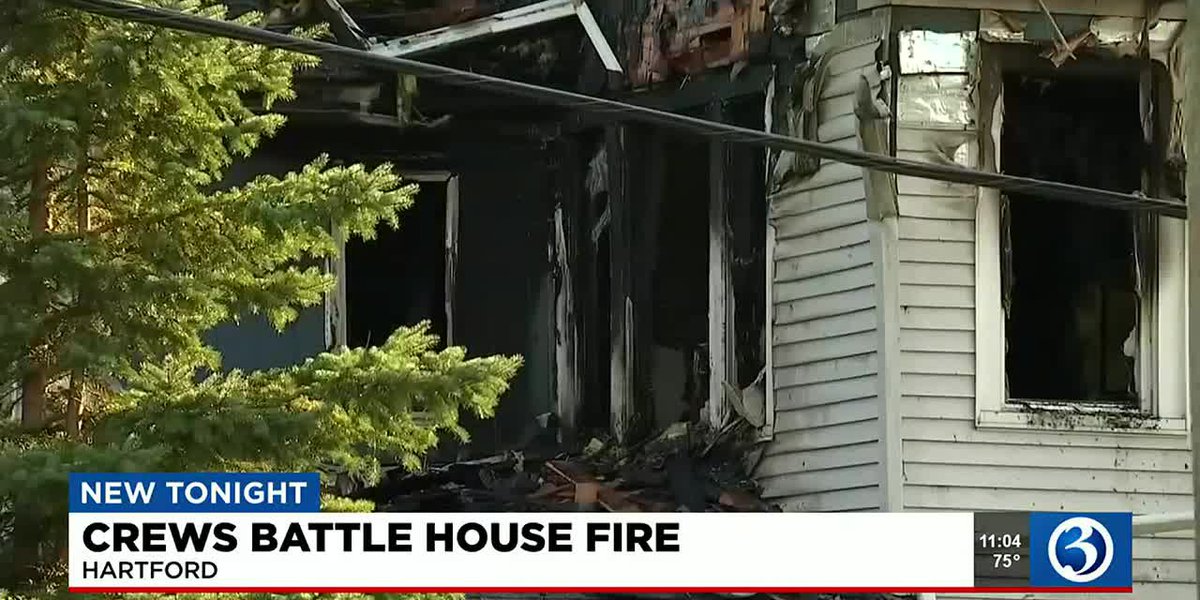 HARTFORD, Conn. (WFSB) – An Investigation is under way after a two alarm fire in hartford tore through a home earlier this evening.

Upon arrival, the department confirmed a working fire and requested a second alarm.

They encountered a heavy fire on the second floor of a two and a half story multi-family home, according to Hartford Fire Department.

One firefighter was injured and transported to the Hospital.

“We did have one member sustain some laceration to his hands. He was transported. He is in stable condition at this point,” said Adam Guertin, Deputy Chief, Hartford Fire Department.

Two civilians were safely removed by firefighters and were not injured.

“Made entry to the structure. Had two civilians rescued out of the third-floor of the rear of the building,” said Deputy Chief Guertin.

Glenda Roberts, who lived at the house, says she is shaken up by the experience.

“I got a call when I was leaving work at the house was on fire,” said Glenda.

She was living with her two sisters, her brother, and her niece.

“My brother and my oldest sister were home. So they had to escape while the house is on fire but they’re OK, they didn’t get injured or anything,” said Glenda.

The fire was under control less than an hour later.

The fire is under investigation by Hartford Fire Marshals Office.

It is unknown how many families will be displaced at this time.

The Special Services Unit will work with the American Red Cross to assist the families.