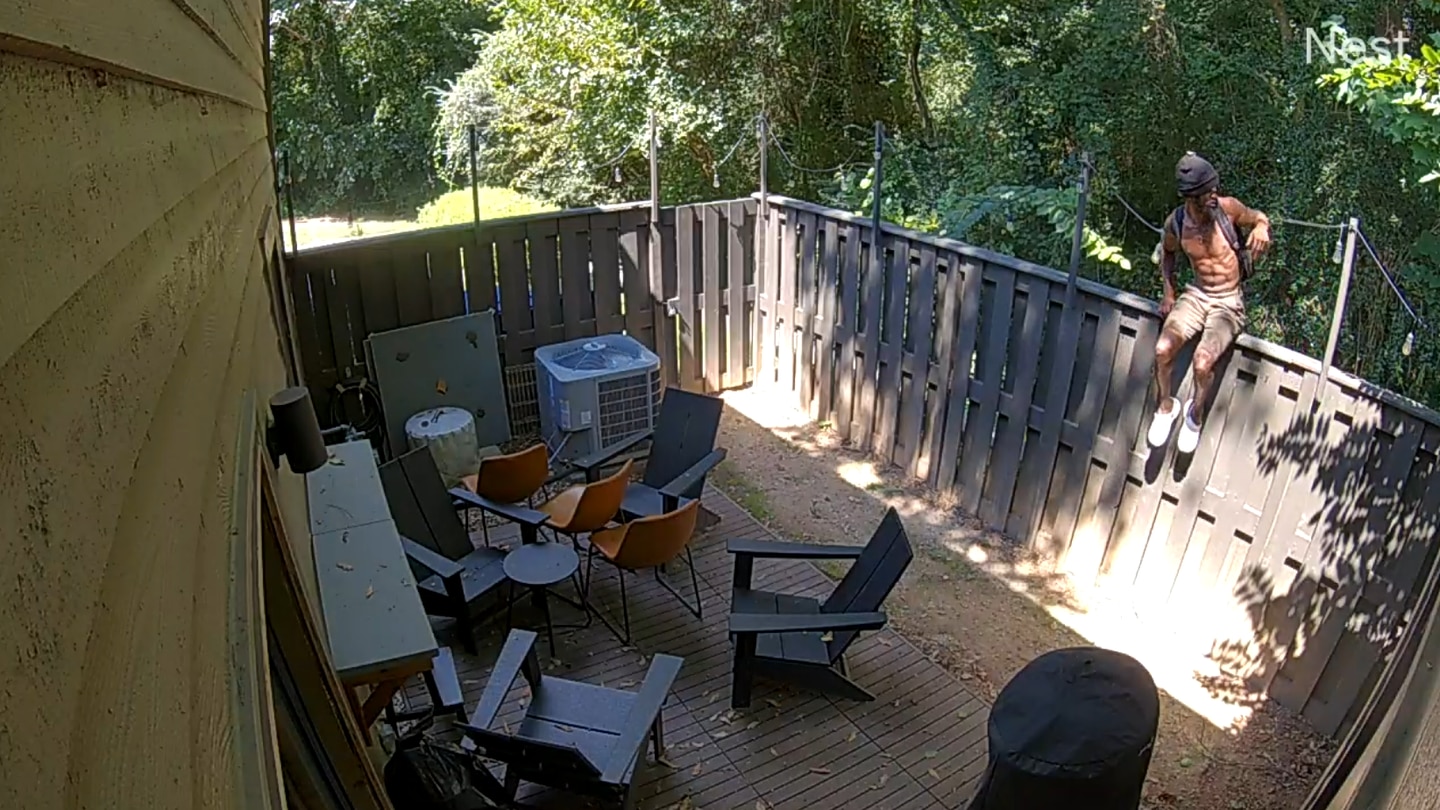 ATLANTA — Atlanta police are searching for a man they say broke into an Atlanta couple’s home and stole more than $150,000 of their property.

Surveillance video shows the shirtless man hop over the back fence to the home on Cedar Chase Drive. Video shows him proceed to look into the house from the back porch before kicking in the door.

Less than 15 minutes later, he is seen on a camera attached to the front door walking out with the couple’s property.

Police say the suspect also left some of his own belongings behind to replace the ones he stole.

Officers found the suspect’s black backpack on the back patio where he entered the house. Inside the backpack, investigators found a pink iPad, a roll of toilet paper with blood on it and other items. It is unclear if the blood belongs to the suspect.

Detectives were unable to get any fingerprints from the house. They are still working to identify the suspect.