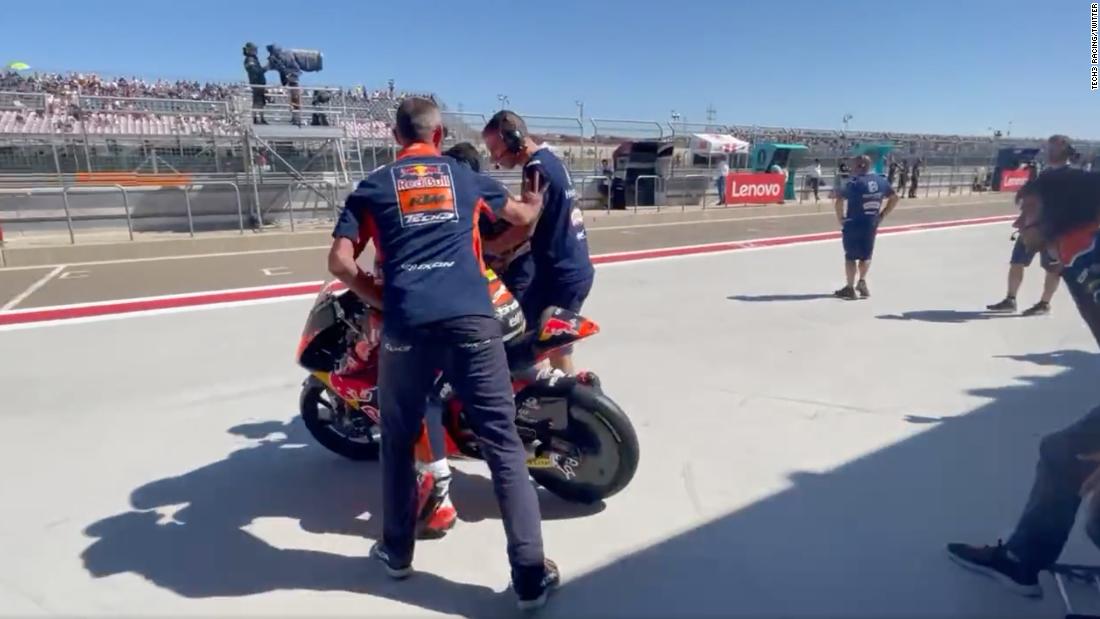 On Saturday, two members of the Sterilgarda Husqvarna Max team were caught on camera appearing to deliberately obstruct the bike of Adrian Fernandez as he attempted to leave the Tech3 KTM garage during the second part of qualifying for the Moto3 Aragon Grand Prix.

MotoGP announced later on Saturday that both mechanics were fined €2,000 (USD2003.23) and suspended for two races for “interfering and making contact with the bike and rider of another team in an aggressive and dangerous manner.”

The suspension was deferred until later races as banning the mechanics for the next two races, in Japan and Thailand, MotoGP said, would make replacing the pair impossible because of immigration and travel restrictions.

The team’s boss, former World Superbike Champion Max Biaggi, suggested the two mechanics would both be punished beyond that already handed down by MotoGP.

“Unacceptable behavior!” he said on Twitter. “We publicly apologize to the Tech3 Racing Team and Adriàn Fernàndez.

“An unsolicited, dangerous action that cannot be justified in any way by our code of ethics! Those responsible will be appropriately punished.”

Fernandez’s qualifying standings suffered as a result, meaning he started from 15th position in the grid for Sunday’s race. He eventually finished 12th.