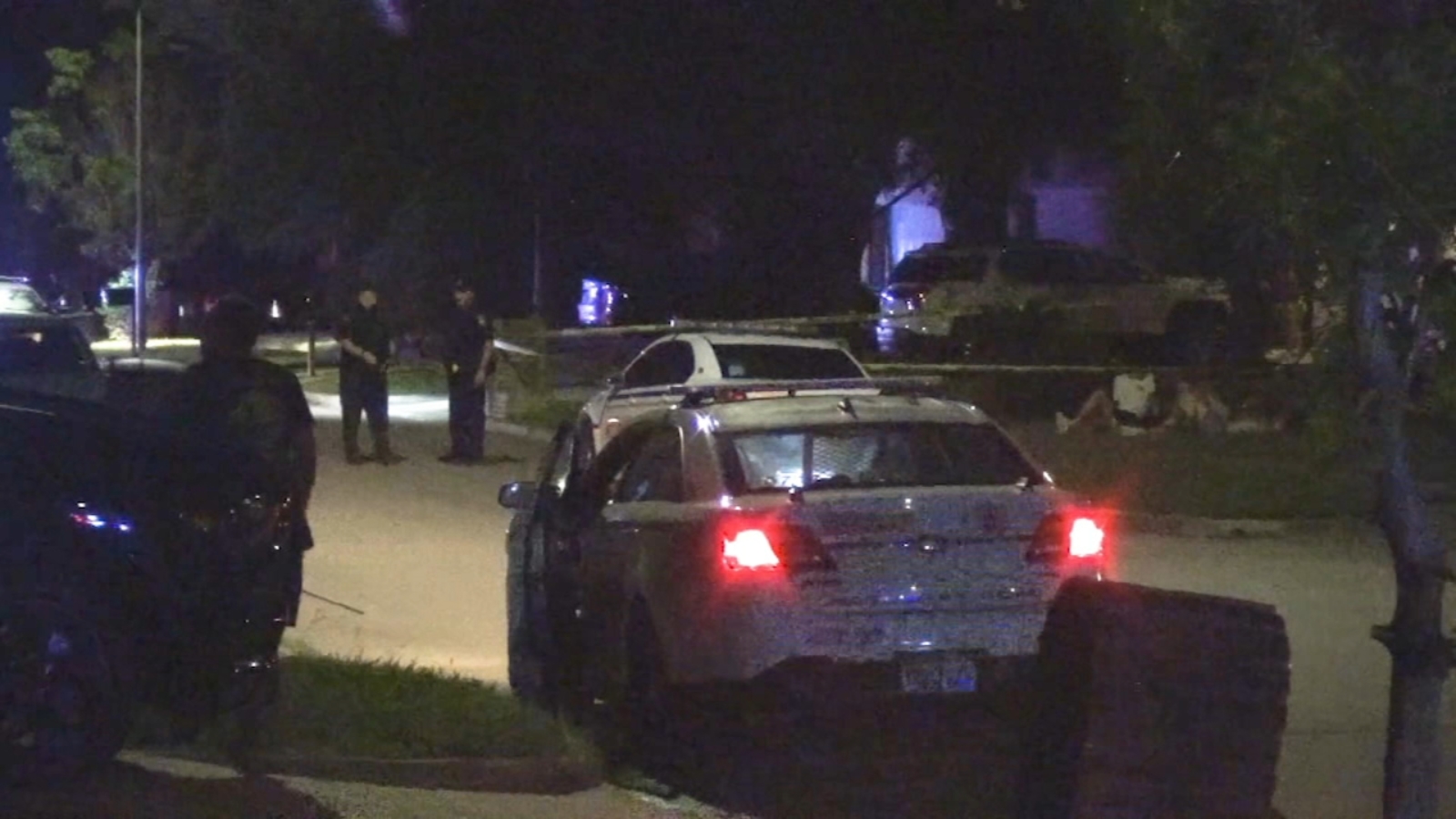 KATY, Texas (KTRK) — The Harris County Sheriff’s Office said they are looking for the suspect involved in a shooting that injured three people Saturday night at a party attended by mostly teenagers.

Deputies responded to the call at about 11:30 p.m. at a short-term rental property on 21123 Bridgemeadows Lane, HCSO said.

According to Sheriff Ed Gonzalez, there were as many as 200 people at the gathering, which was revealed to be a homecoming after-party for Paetow High School in Katy Independent School District.

A neighbor in the area, Jim Shinabarger, said he heard a bunch of noise from the house behind his and decided to call the police when he saw all of the teenagers partying. While he was on the phone with dispatch, that’s when he said he heard gunshots.

“I noticed a couple of kids hovering over somebody laying in the yard. So I called them (dispatch) back again and said, ‘Look. You better send an ambulance. There’s somebody down,” Shinabarger said. “You could hear him screaming in the backyard when I went out.”

Mason Rowe, who lives across the street, said he came outside quick enough to see the chaos unfolding after.

“I saw people busting through the fence and running. I saw people laid out in the backyard. It was crazy stuff,” he said. “Things like this keep happening and now that it’s getting this close to home, I’m very uncomfortable with that. My mom’s upstairs, disabled. The bullets could have hit her. I would’ve lost my mind.”

Deputies initially reported they had found only two of the three victims shot. They later discovered the third victim showed up at the hospital after leaving the scene before HCSO arrived.

Officials said all three victims, one who is 17 and two who are 18 years old, are stable and have non-life threatening injuries.

According to deputies, the party was promoted on social media, which resulted in teens from multiple schools attending.

At some point, there was a fight between two groups, and the shooting began, HCSO said. All victims were shot while trying to flee on foot, allegedly.

At the scene, the front and back yard could be seen littered with trash, such as red plastic cups, ripped clothing stained with blood, and beer cans. The fence in the backyard is left damaged with holes, seemingly from people trying to escape when the shots rang out.

“This block right here has never had teenagers, violence, gunfire, nothing. So last night, this was a total shock, and it makes you wonder. No neighborhood is safe. My mother is elderly, so this is something she really doesn’t need,” neighbor Lisa Harris said. “I feel for the parents, you know, to wake up and get that phone call, you need to go to the emergency room. You don’t know if your child is alive or dead. That’s the sad part about it.”

The homeowner, Bolade Abioye, told ABC13 he rented it to someone who initially found him on Airbnb before the listing was removed. They communicated privately, but he claimed not to know that the property would be used for a party. He said he was just glad no one was killed.

“I won’t be renting out this house again,” Abioye said. “When I came this morning, I said, ‘Jesus Christ. I don’t know what to do.’ I asked, ‘Is there any dead person in the house?’ They (investigators) said, ‘No. Nobody died.” Then I said, ‘Glory be to God.'”

Authorities said the suspect fled the scene and has not been located. The suspect’s description is unknown at this time.