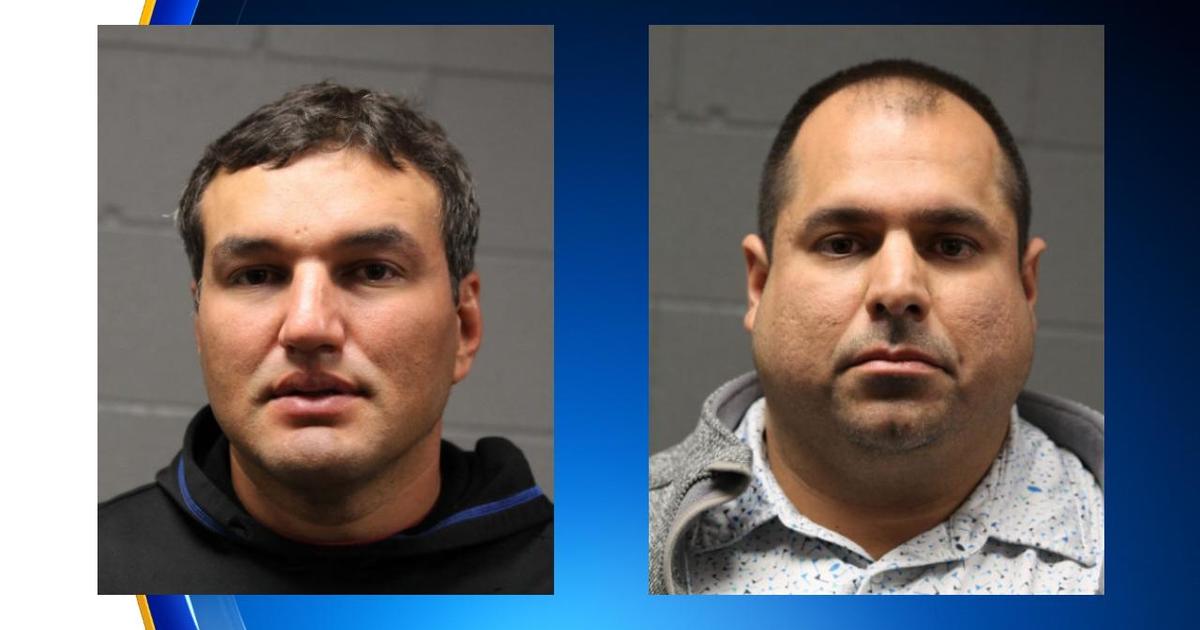 CHICAGO (CBS) — A Chicago police officer and sergeant are each facing felony charges after Cook County prosecutors say they shot an unarmed man in July in Pilsen.

Chicago Police have previously described the July 22 incident at 18th and Morgan streets as a shootout, but Cook County State’s Attorney Kim Foxx on Friday said the two officers being charged were the first to open fire, and had no justification for opening fire on the 23-year-old man who was shot.

This case was flipped upside down by surveillance video.

Chicago Police Sgt. Christopher Liakopoulos, 43, and Officer Ruben Reynoso, 42, each face charges of aggravated battery with a firearm, aggravated discharge of a firearm, and official misconduct.

Their bail was set at $25,000 each, meaning they had to $2,500 to be released from custody. Both Liakopoulos and Reynoso bonded out of jail Friday evening.

They have both also have been ordered to surrender their firearms and Firearm Owners Identification Cards.

Both officers are assigned to the Major Accident Investigation Unit, and have been relieved of their police powers. They turned themselves in Thursday night. Foxx said they face up to 30 years in prison if convicted.

Police have said, shortly before 7 a.m. on July 22, two officers with the Major Accident Investigation Unit were driving to the police academy for training, when they spotted a group of four people wearing masks and loitering outside a closed store near 18th and Morgan streets.

Police have said, when one of the officers identified himself as law enforcement, one person in the group pulled out a gun and started shooting, prompting the officers to shoot back.

“They were masked up, obviously armed, and once our officer identified himself as a police officer, they began pulling a gun and shooting at our officers, trying to kill them,” Police Supt. David Brown said at the time.

After the initial exchange of gunfire, the officers got out of their car, and the shooter ran off, continuing to fire at the officers, police have said.

However, Foxx said a review of evidence in the case contradicted the officers’ claims, and shows that Liakopoulos and Reynoso fired first.

“The officers involved in this incident did not have provocation or justification to shoot the unarmed victim during this incident. The evidence does not support the use of deadly force related to the shooting of the unarmed victim, and was not lawful,” Foxx said. “We cannot ignore or stand by acts of unprovoked violence, even at the hands of those who are sworn to serve and protect our communities.”

At the officers’ bond hearing Friday afternoon, Assistant State’s Attorney Alyssa Janicki said, after Liakopoulos and Reynoso stopped to question a group of men they spotted outside some closed businesses near 18th and Morgan to ask them what they were doing there, a 23-year-old man and a juvenile started walking toward the passenger side of the officers’ unmarked squad car.

While the juvenile was wearing a satchel on his chest that had a gun, the 23-year-old man was unarmed; holding a cell phone and wine bottle in one hand, with his other hand empty, according to Janicki.

After approaching the officers’ car, the juvenile turned and ran away, while the 23-year-old man showed officers both of his hands. Janicki said that’s when both Reynoso and Liakopoulos pointed their guns out the passenger’s side window and started shooting.

The 23-year-old man was shot in the back and leg, and fell to the ground, according to Janicki. The juvenile kept running east on 18th Street, before firing multiple shots at the officers, who fired several more shots.

A pedestrian who was walking behind the juvenile at the time suffered a graze wound, according to Janicki. Neither the juvenile nor the officers were wounded.

Prosecutors said the 23-year-old man who was shot was unarmed and never fired any shots at police.

“The victim, who was shot and injured in this incident, was not in possession of a weapon, nor did the victim fire a weapon at these two officers,” Foxx said.

That 23-year-old man, Miguel Medina, has filed a federal lawsuit against the city and Liakopoulos.

Several days later, video evidence obtained during the investigation contradicted the officers’ accounts, showing 23-year-old man was standing in the street near the open passenger’s side window of the car, with both hands visible, and the juvenile was running away from the vehicle when the officers started shooting.

Defense attorneys disputed prosecutors’ account of the shooting, saying the 23-year-old man gestured at officers with his hand as both he and the juvenile were walking toward the car, and claiming it’s unclear from the surveillance video who fired first.

“It’s not clear who fired first … but it doesn’t matter if he’s pointing the gun at him,” said Reynoso’s defense attorney Brian Sexton.

Sexton also accused prosecutors of moving too quickly to file charges before the Civilian Office of Police Accountability has even completed a review of the case.

“The state has jumped the shark,” Sexton said.

The officers involved did not have body cameras, according to Foxx. The video evidence in the case came from surveillance cameras near the scene.

Sexton said he wants a protective order in stop COPA from releasing that video so a jury pool isn’t tainted.

Foxx said an investigation remains open in regard to the juvenile, who has not been charged.

The Civilian Office of Police Accountability also is investigating the officers’ use of force, but has yet to announce any findings.

Liakopoulos has been a Chicago Police officer for 21 years. During that time, he’s had 10 complaints filed against him, but none was substantiated – and he has never been disciplined.

Reynoso has been on the force for 19 years. He has had four complaints filed against him, and like his partner, none were substantiated.

The video at the heart of this case is expected to be released by COPA early next week.