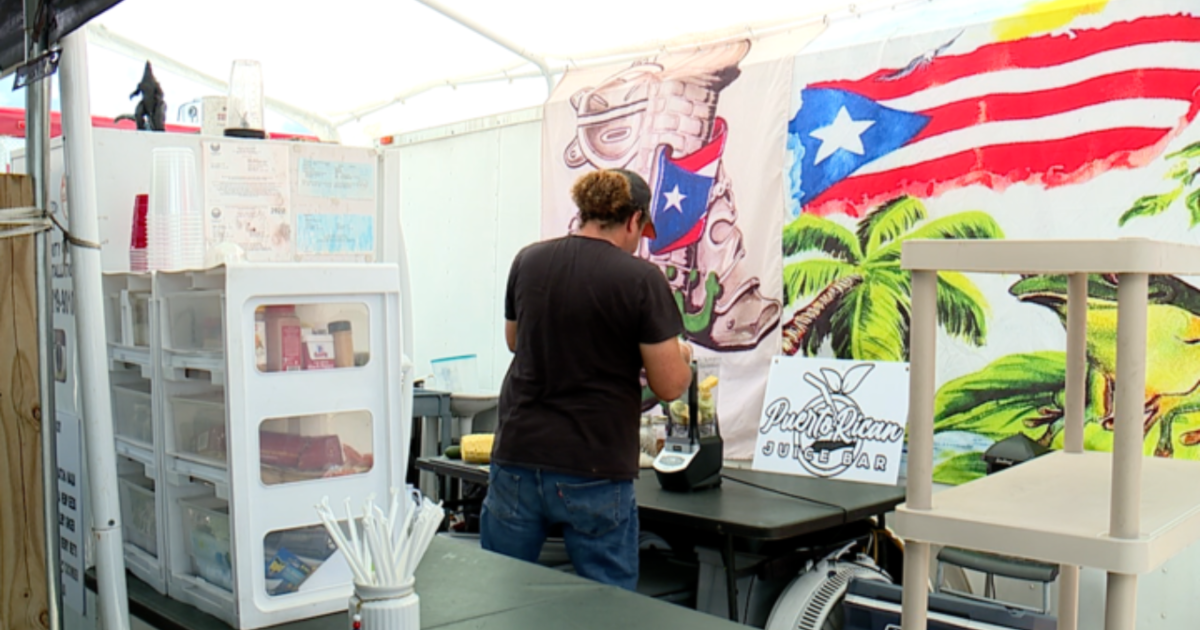 HAINES CITY, Fla. — The catastrophic flooding caused by Hurricane Fiona has forced many Puerto Ricans out of their homes. Their families in Polk County said their loved ones will need assistance for months to come.

Norman Ruidiaz is the owner of Puerto Rican Juice Bar in Haines City. The juice stand is a little taste of home away from home.

“I have had the business for one year and a half. I have acai, fruit bowls and smoothies,” Ruidiaz said.

Ruidiaz said many of his family members that still live in Puerto Rico were evacuated out of their homes while rain from Hurricane Fiona reached historic levels.

“It’s really, really bad. A lot of people, I tell you, 95% of people I talked to in Puerto Rico lost everything,” he said.

His loved ones are now surviving without electricity because Fiona completely knocked out the island’s fragile power grid.

“Thousands of people in the same situation. Today is the first day,” Ruidiaz continued. “Day by day I’m sure it will be worse, day by day. Maybe they won’t have food, no transportation.”

Ruidiaz felt like this could not come at a worse time since the island still hasn’t fully recovered from Hurricane Maria. He is now collecting canned goods and supplies to send to the devastated island.

“I have the connection already to transport. These people offer it for free to transport it to Puerto Rico,” he said.

He also plans on donating one dollar of each sale from his juice bar. Yamisbel Garcia was pleased to learn that her smoothie purchase is going to Puerto Rico relief efforts.

“It definitely helps that even us being over here in the United States, there’s still people willing to collaborate and come together to gain funds to send over,” she said.

“We’re one big community and these are just our neighbors to the south. So if we could continue to consider that, that they are right now in need of our help and our support, we’d really appreciate it,” Sol Relief executive director Dr. Harris Ambush said.